I am so happy to showcase author Tom Johnson on my blog today. His books are ideal weekend reads, so get them now and curl up beside your a/c vent and let them help you to stay cool. - Linda Lee Greene


Tom Johnson’s dad was a cowboy and cook, giving his family an itinerant lifestyle. Tom changed schools often, as his dad’s jobs were relocated. His dad wanted him to follow in his footsteps, but a cowboy’s life didn’t appeal to him. Instead, during his high school years, Tom dreamed about becoming an entomologist. He loved biology and math, but was weak in other subjects. He read every book he could find on insects, reptiles, and arachnids, as well as paleontology.


However, his life changed when he joined the Army and spent a 20-year career in law enforcement. Afterwards, he and his wife started the publishing imprint of FADING SHADOWS, and published a hobby magazine for 22 years, and several genre titles for nine years. He was a voracious reader from an early age, and has never stopped reading for pleasure, though his interest in genres have often switched from science fiction to western, to hardboiled detectives, the classics, and back to science fiction again over the years. In his own writing readers will often find something about his love of zoology, whether insects, reptiles, or saber-tooth cats. Now retired, they devote their time to keeping Tom’s books in print, as well as helping promote other writers.


With over 80 books in print that he has contributed to, Tom has slowed down now. He is still writing children stories while promoting his books still on the market. Plus, he still has hopes of one day seeing his short novel, Pangaea: Eden’s Planet, made into a film.

Pangaea: Eden’s Planet: Seven astronauts en route to Mars encounter a time warp in space that disables their ship. Crash landing back on Earth, they discover an alien planet sixty million years before the dinosaurs. Pangaea, the super continent, is filled with danger and terror, as they must survive against fierce reptiles that ruled the Earth 250 million years in the past! Surviving in a prehistoric world gone mad where even the environment can turn against you, survival is all you think about. But even in the harshest of times, two people will find their destiny in an Eden modern man cannot imagine. 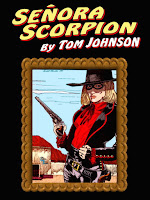 "It is not true that we have only one life to live; if we can read, we can live as many more lives and as many kinds of lives as we wish." (S. I. Hayakawa)
Posted by Linda Lee Greene at 2:50 PM